Academy IT Your IT Training Specialists

Academy IT is a proud AWS collaborating organisation delivering the AWS re/Start program to South Australians, providing them with the opportunity to “hit the restart button” and launch themselves into a new career direction in cloud computing.

Facing severe political persecutions, hardship, and heartache, Abdul and his family escaped war-torn Iraq in 2002, leaving them with physical and psychological trauma that has taken years to heal from.

Fortunately, Abdul and his family were granted visas to Australia and soon after, became proud citizens.

Abdul studied hard, learned English, and after completing his apprenticeship he began a successful career in construction.  As fate would have it, amidst all going well, Abdul suffered an injury to his shoulder which left him unable to continue along the industry path he’d chosen.

Not knowing what to do with himself or how long his savings would last, he felt disheartened and defeated – but his story has a happy ending.

“I was referred to the 12-week AWS re/Start course. It came out of nowhere like a miracle!  At first, I was hesitant, thinking ‘There’s no way a bricklayer like me can do something this complex’,” he recalls. But after his induction and meeting the kind and knowledgeable staff at Academy IT, Abdul discovered newfound confidence.  “I’ve always believed things happen for a reason. I began my journey on a different path, but destiny led me here.”

Through the 12-week program at Academy IT’s training centre, located in the heart of the Adelaide CBD, Abdul and his classmates have learned new skills through scenario-based exercises, hands-on labs, and coursework.

AWS re/Start students have not only developed Linux, Python, networking, security, and relational database skills but have also been coached in professional skills including effective communication, collaboration, resume writing, and how to best present themselves at employer meetings and interviews.

Reflecting on his experience, Abdul shares his gratitude, “I’m grateful to have been taught by such great teachers and make lifelong friendships with my classmates.  I’d like to wholeheartedly thank Academy IT and Amazon Web Services for providing this course that has allowed me to restart and excel in not only my career but my life as well.”

In addition to receiving his AWS re/Start Program graduation certificate, Abdul has also completed his AWS Cloud Practitioner certification and was deservingly awarded the Academy IT Excellence Award for his outstanding achievements and conduct throughout the program. Academy IT and AWS re/Start are proud to report that through the program’s engagement with employers, Abdul interviewed with one of the program’s supporting organisations and has been offered a full-time traineeship to begin his new journey in a successful IT career.

With no technology background required, students can enter the AWS re/Start program to develop or enhance their skills with hands-on, scenario-based learning, including time management, problem-solving, teamwork and effective technical and behavioural communication.

Proudly South Australian owned and operated, Academy IT provides unparalleled specialist technical training in SA and online across Australia. Train with certified, experienced instructors who support your personal and professional training requirements to guarantee your personal development goals are met.

Get your head in the cloud. Learn more about AWS re/Start with Academy IT. 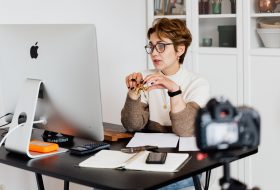